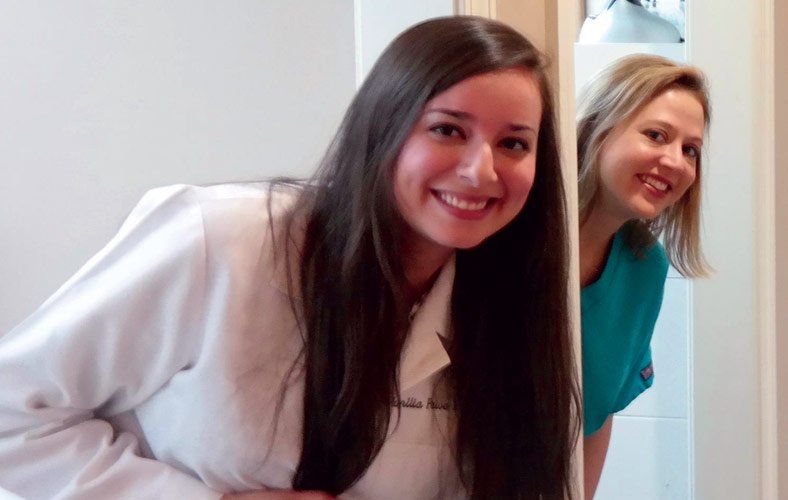 Dr. Tate’s family is originally from Brazil and she comes from a long line of dentists including her father, mother, and brother. She is also fluent in Portuguese and Spanish.

Dr. Tate lives in the Hoover area and enjoys spending time with her family, her husband Kevin, and their chocolate labrador named Luna. They are members at Shades Mountain Baptist Church and are actively involved in the community.

Dr. Tate was so patient and her staff was so caring and considerate. I always had anxiety about getting dental work before I started going to Dr. Stephens almost 20 years ago, but Dr. Tate was so efficient and I was on my way in less than 45 minutes. I would definitely recommend Dr. Tate to friends and family without any hesitation!“ – Monica O.

At the core of our dental practice is a friendly team of professionals that are dedicated to your utmost comfort and optimal oral health. Our professional staff consists of three dental hygienists, two dental assistants, and four office staff professionals. We view each patient as a unique individual, and tailor each treatment to your specific needs.

As part of our commitment to providing close, personalized attention to every patient, we want to encourage patient communication. Please know that we are here to provide outstanding patient care, and that we value the trust you have placed in us.